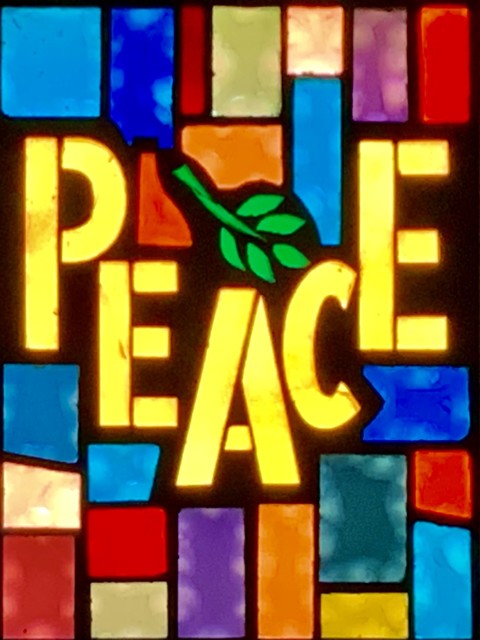 If one is gravely ill and death is imminent, please call the church office

immediately to request the Anointing of the Sick. The priest will go by either the

patient's home or the hospital. If it is after hours and you are in need of an

the near future or has been diagnosed with a serious illness. You may call the

to be scheduled for a later time.

Anointing of the Sick

By the sacred anointing of the sick and the prayer of the priests the whole Church commends those who are ill to the suffering and glorified Lord, that he may raise them up and save them. And indeed she exhorts them to contribute to the good of the People of God by freely uniting themselves to the Passion and death of Christ.

Catechism of the Catholic Church (1499)

Like all the sacraments, holy anointing was instituted by Jesus Christ during his earthly ministry. The Catechism explains, "This sacred anointing of the sick was instituted by Christ our Lord as a true and proper sacrament of the New Testament. It is alluded to indeed by Mark, but is recommended to the faithful and promulgated by James the apostle and brother of the Lord" (CCC 1511; Mark 6:13; Jas. 5:14-15).

The anointing of the sick conveys several graces and imparts gifts of strengthening in the Holy Spirit against anxiety, discouragement, and temptation, and conveys peace and fortitude (CCC 1520). These graces flow from the atoning death of Jesus Christ, for "this was to fulfill what was spoken by the prophet Isaiah, ‘He took our infirmities and bore our diseases’" (Matt. 8:17).

Mark refers to the sacrament when he recounts how Jesus sent out the twelve disciples to preach, and "they cast out many demons, and anointed with oil many that were sick and healed them" (Mark 6:13). In his epistle, James says, "Is any among you sick? Let him call for the elders of the church, and let them pray over him, anointing him with oil in the name of the Lord; and the prayer of faith will save the sick man, and the Lord will raise him up; and if he has committed sins, he will be forgiven" (Jas. 5:14–15).

The early Church Fathers recognized this sacrament’s role in the life of the Church. Around A.D. 250, Origen wrote that the penitent Christian "does not shrink from declaring his sin to a priest of the Lord and from seeking medicine . . . [of] which the apostle James says: ‘If then there is anyone sick, let him call the presbyters of the Church, and let them impose hands upon him, anointing him with oil in the name of the Lord; and the prayer of faith will save the sick man, and if he be in sins, they shall be forgiven him’" (Homilies on Leviticus 2:4).

Anointing of the Sick